Volvo will Start to Produce Electric-Only Vehicles in 2019 - Infocast 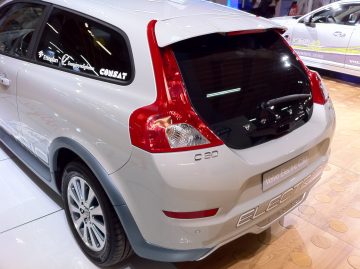 Volvo will Start to Produce Electric-Only Vehicles in 2019

Volvo has taken the initiative towards a greener future. The Swedish company announced that starting in 2019, they will solely produce hybrid and electric vehicles.

“This announcement marks the end of the solely combustion engine-powered car,” said Mr Samuelsson in a press release. “Volvo Cars has stated that it plans to have sold a total of 1m electrified cars by 2025. When we said it we meant it. This is how we are going to do it.”

For now, the company will continue to sell gasoline-powered cars but plans to release five fully electrical vehicles between 2019 and 2021. Three of those vehicles will be under Volvo, and two will be under their new Polestar performance-car brand. They plan to supplement the electric vehicles with a range of petrol and diesel plug in hybrid options.

Volvo will be the first car to create all their future cars with electric motors. This is a particularly bold move for the car industry because as it stands, hybrid and electric vehicles only make up a small fraction of the global car market. In fact in 2016, Green Car Reports reported that electric vehicles account for only 2 percent of the US car market.

But even with the current appeal of electric vehicles, Volvo is not far off with the future of cars. With electric battery costs plunging, and China preparing to boost battery production, electric-powered vehicles are becoming more favorable. Battery prices have dropped enough that the Chevy Bolt and Tesla Model 3 can boost more than 200 miles of range and sell for a mere $35,000.

As battery prices continue to fall, we’ll eventually reach a point where electric cars will cost less to own than a traditional car. Bloomberg Energy Finance reports that we can see this shift as soon as 2022. To learn more about the future of electric vehicles, click here.