The Factories of the Future Could Float in Space - Infocast 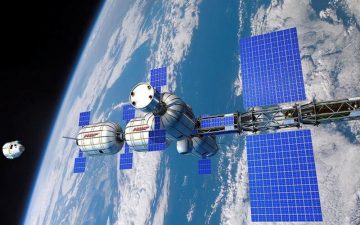 The Factories of the Future Could Float in Space

This past summer, a plane went into a stomach-churning ascent and plunge 30,000 feet over the Gulf of Mexico. The goal was not thrill-seeking, but something more genuinely daring: for about 25 seconds at a time, the parabolic flight lifted the occupants into a state of simulated weightlessness, allowing a high-tech printer to spit out cardiac stem cells into a two-chambered, simplified structure of an infant’s heart.

Impressive though this may be, it’s just a brick in the road toward an even bolder goal. Executives at nScrypt (the makers of the stem cell printer), Bioficial Organs (the ink provider), and Techshot (who thought up the heart experiment) are planning to print beating heart patches aboard the International Space Station by 2019. The printer will fly up on a commercial rocket.

This article is an excerpt from Popular Science. To read the full article, visit here.

Did you know? The article was inspired by an Infocast webinar titled “On-Orbit Manufacturing – From Orbital Factories to In Situ Resource Utilization” (listen here). Popular Science then contacted Ioana Cozmuta, who was a webinar panelist, for an interview. Cozmuta, who is the Industry Innovation and Microgravity Lead at the NASA Ames Research Center, has been a member of Infocast’s space advisory board and moderator since the inaugural Space 2.0 Summit.