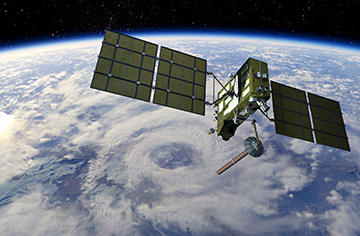 Going green is no longer just an Earth thing. The need for sustainability in space extends beyond the scope of picking up geospatial refuse. Soon, recycling will play a key role in stimulating and growing the extraterrestrial economy, by maximizing resource availability through converting mission waste into useful commodities. The staggering costs of re-supply missions require all resources on board be

used to the fullest extent for space exploration. Meaning, the basics of survival like air, water, protection from radiation, even things like bathing and laundry, all need to be evaluated with sustainability in mind.

Here’s a look at what’s next in the realm of reuse from a space standpoint:

NASA’s In-Situ Resource Utilization (ISRU) Project
Scientists are currently looking at orbital debris as possible feedstock for robotic 3D fabrication. Here on Earth, 3D printers are proliferating, and much of the initial excitement is beginning to wear thin. NASA’s ISRU would use materials found in space such as lunar ice, soil or metals as the basis for printing parts and structures, as needed on site.

This summer, the International Space Station will welcome the first it will be the first 3-D printer in space, delivered by SpaceX on behalf of Made in Space.

Methane & More – Making fuels on the Moon
The ability to refuel or build infrastructure in space would reduce the launch mass of the spacecraft and free up valuable cargo space. One way to do this is to convert everything from garbage to fecal matter into fuel. And we’re talking everything, leftover food scraps, plastic and metals packaging.

Naturally, we’ll need access to power, likely generated from the sun, as well as the infrastructure to support it. NASA missions have indicated the presence of water throughout the surface of the Moon, and the water could be used to produce H2-O2. Thus far, water has been found in relatively low concentrations on the Moon’s surface. NASA has been developing processes to produce oxygen, extracting it from soil samples that contain about 50% oxygen.

On the other hand, creating fuels on the Moon will require additional resources and hinge on the presence of humans. For example, human generated waste like feces and metabolic CO2 are good sources of carbon, which can be used to produce methane gas.

Mining
Missions to the Moon or Mars will obviously require a large back-stock of basic resources. Rather than having astronauts bring water with them – it is hypothetically easier to divert to an icy asteroid and mine for water than carry mass quantities of bottled water up from Earth.

Found-in-space resources like water and energy won’t need much processing. But large scale missions focused on mining asteroids for metals will require a whole host of operations to be put in place; extraction and refining operations, etc.

For space infrastructure, then comes the required pay-off between hauling resources, energy and materials into space from earth, or going to an asteroid belt, locating, extracting and refining them.

The combination of fabrication in space and asteroid mining (that is extraction of minerals, refining and production in space) plus the use of automated systems like robotic personnel, offers the greatest value and use of space resources.

Debris
We all know space debris will pose a greater threat with the passage of time, as small sats, probes and more enter low-Earth orbit at exponential rates. It’s a threat for some of these assets in space, but also could be used effectively by some of these additive manufacturing companies in lieu of raw materials.

The question of how to remove waste from Mars or the Moon is another important consideration. As it stands, waste- human and otherwise- is shipped back to Earth from the ISS. This is impractical, particularly on longer missions, where launch volume is a valuable resource. It has yet to become a major problem, but months or years-long missions are not going to be thrilled about carting waste around orbital space. Though thus far, there is no reported evidence of cis-lunar rats.

Economic Impacts
Companies that master ISRU and turn it into a feasible business plan will profit big time.
Much like the business climate of the old wild west, those who truly struck it rich were the ones providing essential services to gold panning prospectors in need of supplies.

It’s likely we’ll see something similar play out in space. Cis-lunar resources, or the supposed trillions in metals mined from asteroids, will all need to be processed, and once it takes off, advanced manufacturing facilities are sure to be in high demand. Additionally, repurposing defunct satellites, probes and relics of missions past will create a need for sophisticated reprocessing capabilities in order to eliminate a need to gather new materials every time a part is needed.

Considering just how vital reuse is to success outside Earth’s orbit highlights the importance of reconsidering whether items really are only suitable for a single use or have a second, or third life ahead. That being said, reusability is good for more than the health our current planet and the bottom line, help put humans on Mars sooner than we think.