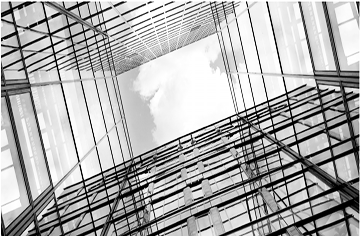 In recent months, hardly a day has passed without news of further initiatives and investments in blockchain. With growing numbers of banks and other institutions now developing and trialing blockchain capabilities and applications in their innovation labs, venture capital funding is continuing to flow into blockchain start-ups around the world. According to industry publication cointelegraph.com, bitcoin and blockchain firms within the industry received a record U.S. $1 billion as of year-end 2015i . All of this points to growing confidence among both banks and investors that blockchain technologies will ultimately transform how financial services are conducted, operated and delivered. With payments near the top of the list of high potential areas, it’s hardly surprising that blockchain totally dominated the conversation at the Sibos 2015 conference in Singapore. However, while blockchain’s long-term disruptive potential is now widely recognized, what’s less clear is the timeframe within which its full effects will be felt – or indeed where in the industry those effects will be greatest. Against this background, D+H produced this white paper on the implications, potential and challenges that blockchain raises for banks. If 2014-2015 was the era of blockchain experimentation and innovation, then 2016-2017 is the time when this rapidly evolving technology should start to emerge from banks’ back rooms and begin to be applied to solve real business problems. Put simply, we’re at an inflexion point – and in our view, all progressive banks must be prepared to respond now if they’re to avoid getting left behind in the race to turn the promise of blockchain into reality. To help them take the right steps, this paper showcases “Five Things Blockchain Must Get Right” to realize that promise, and enable banks to capitalize fully on what could be the most significant development in financial services since the advent of the internet.

Learn more by downloading the full whitepaper by D+H

Don’t miss your chance to hear from Gene Neyer of D+H, who will be speaking at the first-ever Blockchain World Congress.  The event will provide a cross-industry overview of the potential uses of blockchain technology, including lessons learned from proof of concepts, as well as this game-changing technology will revolutionize the world-wide payment system.

Blockchain for Enterprise? Not so Fast!

A Blockchain for the Enterprise – A Technical Perspective

Considering Blockchain for an Enterprise?

How to Get Blockchain Tech on Data Regulators’ Radars