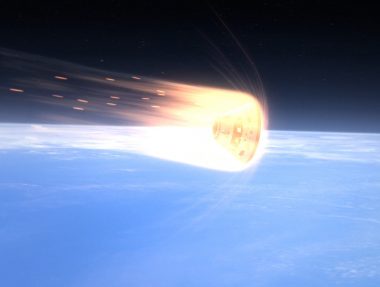 Researchers at the University of Surrey’s Advanced Technology Institute (ATI), the University of Bristol’s Advanced Composite Centre for Innovation and Science (ACCIS), and aerospace company Bombardier teamed up to develop a carbon nanotube-based material that is to replace the polymer sizing in carbon fiber reinforced polymers (CFRPs) for aerospace applications.

This research team grew carbon nanotubes (CNTs) on carbon fiber by using low temperature photo-thermal chemical vapor deposition (PT-CVD) and using a metallic interlayer between CNTs and carbon fiber to minimize substrate degradation. According to the research team, using CNTs to replace polymer sizing improved the mechanical integrity of the carbon fiber fabric, as well as enhanced electrical and thermal conductivity of CFRPs. Moreover, the use of CNT enables CFRPs to integrate electronic gadgets (such as sensors, energy harvesting lighting, and communication antennae) in the structure, while still maintaining structural integrity. The research team is now working to scale their technology for production using roll-to-roll systems.

We believe these CNT-modified CFRPs should have higher cost than the incumbent CFRPs based on polymer sizing, due to the high cost of CNT and the PT-CVD process involved. But this price premium is not a big hurdle given that the aerospace industry is not price sensitive and that CNT-modified CFRPs may be able to satisfy some unmet needs of incumbent CFRPs. Specifically, high electrical conductivity of CNT-modified CFRPs can potentially replace the current lightning strike solutions for CFRP, which are typically metallic structures that are heavy and may introduce manufacturing difficulties. Also, high thermal conductivity of CNT-modified CFRPs can improve efficiency of the de-icing process of jets. In addition, the ability to integrate electronic gadgets able to impart novel functionalities to CFRPs, these functionalities may disrupt CFRPs for aerospace in unexpected ways in the future.

The CNT-modified CFRPs have a good fit to the aerospace industry. Readers interested in composites for aerospace application should monitor the progress of this team and even reach out for joint research. It’s good timing to form collaboration with them, since the team is open to working with additional partners for further work to scale up and optimize their technology.

Jerrold Wang is an Analyst on the Advanced Materials Intelligence team at Lux Research, providing strategic advice and ongoing intelligence for emerging technologies.