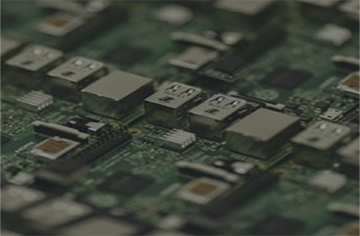 When we think of Bitcoin, we tend to think of clandestine marketplaces, along with the speculative frenzy and resulting disillusionment that took place a few years ago. What most people don’t think about is the fact that Bitcoin was built on an incredibly innovative set of technologies. Specifically, the blockchain architecture is one of the pillars that made Bitcoin possible – since its first implementation in Bitcoin, blockchain has been further developed for several novel applications. In October, Nasdaq announced a trading platform, “Nasdaq Linq,” which is a digital ledger technology utilizing blockchain to facilitate the issuance, cataloging, and recording of transfers of shares of private companies on The NASDAQ Private Market. Additionally, blockchain has been applied to distributed domain name management (Namecoin), decentralized crowd-funding (Swarm & Koinify), decentralized ridesharing (LaZooz), and decentralized social media and networking (Synereo).

Blockchain is a distributed database that maintains a growing list of data records on every node in the system, eliminating the need for a centralized authority– part of the value proposition for Bitcoin was to eliminate banks from financial transactions. Blockchain creates a cryptographically hosted database on each device, which allows for large numbers of nodes to converge on a single consensus of the most up-to-date version of the data sets being recorded by the network. This architecture enforces security by creating a prohibitively high cost to attempt to rewrite or alter transaction history. Every node in the system maintains a complete or partial copy of the blockchain – transactions in the form of device A sends data XYZ to device B are broadcast across the network, allowing individual nodes to validate the transaction, add them to their copy of the ledger, and then broadcast the transaction details to other nodes. In recent discussions with Lux, a few startups (including Filament and Olea Networks) mentioned that they are leveraging the blockchain architecture in decentralized, peer-to-peer Internet of Things (IoT) deployments. Peer-to-peer networks like these offer excellent scalability, performance, and resilience compared to centralized architectures that route all transactions through a single point. Centralized systems scale poorly and can suffer from a potential single point of failure.

As connected devices scale into the billions – and transactions scale into the trillions and beyond – many centralized systems are doomed to fail. Scalable, trustworthy, decentralized approaches to connecting devices will supersede their less reliable centralized predecessors across a broad range of applications. In its July 2015 paper titled “Device democracy: Saving the future of the Internet of Things,” IBM went as far as to say “[i]n our vision of a decentralized IoT, the blockchain is the framework facilitating transaction processing and coordination among interacting devices.” The paper further explained that “[t]he greatest challenge, however, is not in simply building a decentralized IoT, but one that can scale universally while maintaining private, secure and trustless transactions. In other words, the IoT represents a case of billions of players, not all of which can be trusted – some even malicious – with a need for some form of validation and consensus. And for this, the ‘blockchain’ offers a very elegant solution.” While there are only a handful of companies going to market with blockchain integrated into their IoT approaches, we expect to see the use of blockchain in IoT evolve rapidly in the coming years. Similarly, we expect to see examples of centralized network failures due to bandwidth overloads and targeted attacks, which will further the cause for blockchain and other decentralized approaches.

A Closer Look at Blockchain for IoT

Blockchain for Enterprise? Not so Fast!

Blockchain for Enterprise – Focus on KYC, AML, and Regulatory Compliance – Are We Calling it RegTech?