A Blockchain for the Enterprise – A Technical Perspective - Infocast 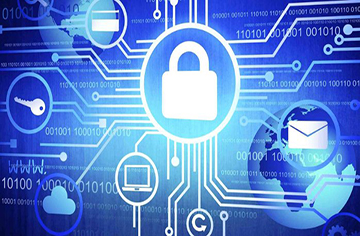 A Blockchain for the Enterprise – A Technical Perspective

This post is long overdue, but better late than never. In my last post I discussed facets of blockchain technology and their potential benefits to enterprises. In this post I would like to dig a bit deeper and discuss the technology fundamentals.In the past few years since Bitcoin blockchain, the currency has been radicalized. The blockchain framework behind it became part of the general consciousness, driven primarily by the financial services sector, which has shifted from ignoring it to considering it a potential game changer. So let us discuss the components and try to understand the potential of this revolutionary technology.

At a very basic level any proposed blockchain solution has 4 building blocks:

These four building blocks of technology promises to change the landscape of financial services and many such industries –independently, they have all existed for decades. With the exception of evolutionary changes, the core principles are well understood and accepted.

So why blockchain? And why now? What makes this technology so special that it has attracted massive investment and forced the likes of the financial industry to rethink its business models under the guise of disruption?

Bitcoin has gained notoriety for being a radical and unregulated rogue (cyber) currency, causing any regulated entity to distance itself from the concept. Instead, many see the virtues of using a blockchain as a technology alternative that is permissioned and conforms to all the regulatory platforms that have evolved over time. The promise is to solve longstanding industry concerns such as modernizing the financial and trade system and speed up securities and trade settlement.

While the industry sees a clear separation, I see a disconnect in understanding the technology trust system that makes a blockchain so attractive. The tenets of Bitcoin are driven by the economic incentive (rewards system for upkeep, longevity, high availability, and system maintenance), cryptography (to ensure order in a chaotic, permissionless world), and specialized computational power (massive clusters and hardware dedicated to solutions for Bitcoins). Bitcoins signify that a trust currency can either be earned or bought, essentially representing the value of the invested economic resources (people, power, and time).

When we apply these tenets to a permissioned ledger/network sought by regulated industries, the rules of engagement change, and the radicalized trust currency needs to be morphed into a viable trust system – which one can choose to ignore or adopt as a foundation of parts of incentive economics based on the trust system of consensus models. As discussed earlier much work needs to be done in this field, as there is not a single consensus model (e.g., Byzantine Fault Tolerant [BFT] or Practical Byzantine Fault Tolerant [pBFT], RAFT, Paxos, etc.) that will address all use cases. An enterprise needs to understand these. They will also drive investment into the underlying resources – people, power, and time.

Resource consideration is important for an enterprise. This is another principle we have learned from Bitcoin Blockchain world, which is now dominated by specialized hardware, adding to growing resource requirements. I call it a perfect storm where data structure (a shared ledger), cryptography, encryption, and very high I/O (input/output) – due to shared ledger replication, consensus, and other network group services – will place extraordinary demands on underlying resources. This makes an interesting discussion, especially when an enterprise has just become comfortable with cloud deployments of enterprise applications.

So what else does a blockchain for an enterprise need to consider to make the blockchain a consumable technology? I have listed a few of these below, and it is by no means an exhaustive list.

A blockchain value-add for enterprise:

Blockchain has tremendous potential, and collectively they do differentiate themselves from core components when measured individually. Enterprise blockchain provides a design avenue where transaction data, value, and state are inherently close to the business logic, and the security of the execution of business transactions is validated by a secure community process, enabling a foundation of trust and the robust processing of transactions. There are virtues of using a blockchain as a technology alternative that is permissioned and conforms to all the regulatory platforms that have evolved over time. The blockchain promise is to solve longstanding industry concerns such as modernizing the financial and trade system and speeding up securities and trade settlements.