RE100 Grows- Corporate Responsibility No Longer Just For Show - Infocast 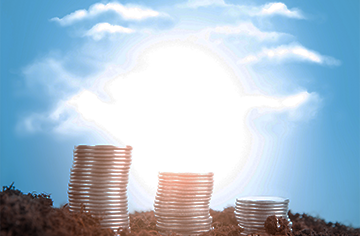 RE100 Grows- Corporate Responsibility No Longer Just For Show

BMW. Starbucks. Microsoft. You can’t make it far without hearing these names. But aside from ubiquity, what do they all have in common? These companies, and 50+ others have come together as part of the RE100 initiative, an initiative that emerged as a result of 2014 Climate Week. RE100 aims at transitioning corporations away from traditional power sources like coal or oil and gas, and toward 100 percent renewables.
At this point, there’s no set date for participating companies to have made the full transition to renewable energy, but it’s in keeping with the goals set by the EPA Clean Power Plan which, if implemented, will require states to reduce carbon emissions by 30% below 2005 levels by the year 2030.

It’s a lofty goal to be sure, but think of it this way: taking on climate change one corporation at a time makes the challenge seem far more attainable. With a growing number of the world’s biggest stores on board (think IKEA, Walmart, Macy’s), the trickle down effect is bound to be great– and by extension, small businesses and homeowners alike will feel increased pressure to keep up with changing social standards.

“It’s just meant to push everything else forward. The pace of change for renewables, particularly in the last 5 to 10 years, has been absolutely incredible. Most models haven’t predicted it. … We’re really optimistic that the cost of technology to rapidly decarbonize the power sector, and energy efficiency in general, those two things together are going to be hugely important in terms of getting to that quick win in terms of carbon reduction,” says Emily Farnsworth, campaign director of RE100.

Yet, the question remains, is big business doing enough to fight Earth’s rising temperatures? It’s fair to say those who wield the most influence do hold a certain responsibility. And we’re seeing it play out. For example, last year Google announced the biggest non-utility purchase of renewable energy in history and Walmart, the largest retailer in the United States is leading the charge in rooftop solar. We’re seeing widespread adoption from Macy’s to Target and everything in between. With more companies setting an expectation for cooperation in fighting climate change as we enter a future with potentially bleak environmental conditions.

Aside from the RE100, nearly half of all Fortune 500 companies have goals in place to significantly reduce their carbon footprint or make the inevitable transition to renewables. Additionally, December’s extension of the federal investment tax credit (ITC) should create an additional uptick in solar and wind investments in the near term.

“In the last decade, many major US businesses have recognized that the protection of natural resources is directly aligned with profitability and long-term growth,” says Suzanne Apple of the World Wildlife Federation (WWF-US) “It has moved from a risk-management-focused, nice-to-do approach to a core business function that is becoming more integrated into everything from operations to procurement. When companies like The Coca-Cola Company are at risk of losing access to, or availability of, water resources in key markets,” she continues, “sustainability and conservation become even greater business imperatives. Or consider a company that produces wood, paper or pulp: What happens when they run out of trees? This is especially true in challenging economic times when reducing costs becomes an absolute priority.”

In an era where we’re used to big business being the biggest environmental offenders, it’s certainly heartening to see the ranks of the RE100 growing steadily. Hopefully we’ll see this resulting in a trickle down of sorts, especially as going green becomes less trendy and more of a condition of continuing to exist on this planet. It’s not like we can just give up and move to Mars any time soon.

Infocast’s Corporate Renewables 2016 brings the corporate community together to take on the biggest challenge of our time- climate change. Don’t miss your chance to hear from Hervé Touati, Ph.D. of the Business Renewables Center, as he gives an overview on the current state of the corporate renewable market, public commitments from RE100, WWF Buyer’s Principles, White House American Business Act on Climate Pledge and more.