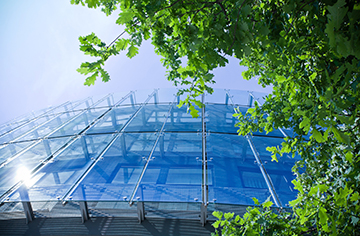 On the heels of the Paris Agreement, energy ministers and the world’s largest companies adopted major commitments to scale global deployment of clean energy. The June 2nd 7th Clean Energy Ministerial (CEM7) meeting in San Francisco, gathered top energy leaders together to unveil a new campaign, aimed at increasing the number of companies committed to going 100 percent renewable in powering their respective organizations. The meeting featured global leaders from 23 countries, as well as the European Union— collectively responsible for 90% of global carbon emissions.

The idea behind this latest climate initiative—which bypasses the stagnant EPA Clean Power Plan sets the ambitious goal of doubling clean energy investments by the year 2020, a project that will cost roughly $30B USD a year.

While all this sounds like a declaration of sweeping, cross-border shift in sectors both private and public, what kind of changes are coming in the near-term?

The Highlights of CEM7:

We’re starting to see hope crop up across the board. 2015 was a record-breaking year in the renewables space: with global investment reached all time high and half of the world’s new energy capacity came from wind, solar and hydro power. Efforts like the CEM7, the RE100, REBA and others are helping to increase awareness globally—to corporate and consumers alike. The RE100 has confirmed the number of participating companies has grown to include 65 of the world’s top businesses

This is all well and good, but there is so much more to be done. In a recent report by the EIA, the agency warned that while investment and usage of renewable power will increase significantly worldwide, consumption of so-called “brown energy” will rise alongside wind and solar. Countries like India, China and Brazil are increasingly becoming bigger player in the global economy, and with that rise in stature (as well as population), comes greater access to appliances, automobiles and technology—which in turn, leads to greater consumption. While positive change is happening at an exponential rate, the next generation is poised to inherit a their own set of complex climate issues.

Attend Corporate Renewables 2016 to learn more about what corporations are doing to cope with the impacts of climate change, and at the same time, remain profitable. Don’t miss your chance to hear from Facebook, Google, Amazon and more!

What’s the Difference Between a Traditional and Renewable PPA?
Growing Sophistication of the Renewable Energy Buyer
Business Renewables Center and RE100 Cement Partnership
A Game Changer in Renewables: How Corporations are Shaking Up “Business as Usual”