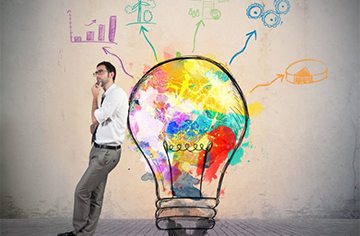 Growing Sophistication of the Renewable Buyer

When I began my career at Renewable Choice Energy almost a decade ago, the idea of companies buying renewable energy was in its infancy. Renewable Choice had only just completed the brokerage of the Whole Foods 100% wind power deal, which at the time was the first of its kind (we went on to receive an EPA Beacon Award for our role in that deal). Renewables were not on the radar of most companies; even the idea of responsible business was only beginning to take shape.

In those initial years of the commercial market, we spent a lot of our time educating and defending on clean energy, specifically the renewable energy credits (RECs) and carbon offsets we were providing to those early adopters. There was a perception in the media that we were some kind of snake oil salesmen, dealing in products that were merely a mea culpa for bad behavior. Pollute all you want, was the message—you can ease your corporate conscious simply by purchasing RECs.

Fast forward 10 years and we find a renewable energy buyer market that has radically changed. As the only means to track and trade renewable energy, RECs are now thriving and have dramatically increased demand for renewables among commercial buyers. Carbon offsets are also flourishing as more and more organizations have begun measuring and mitigating their carbon footprint. New technologies and contracting structures—such as long-term power purchase agreements (PPAs), green tariffs, aggregation, and virtual net metering—combined with the rapidly falling prices of wind and solar power means it’s rare to find a company that isn’t buying renewables.

As the market has expanded, so has the sophistication of the buyers. Where our team once spent most of our time educating our prospects on RECs and their value, we’re now talking about the issues at the tip-of-the-spear: what is my clean energy strategy, what are my best sourcing options, and what is going to save me the most money?

Today’s commercial or institutional renewable energy buyer looks nothing like they did in the past—and that’s a good thing for the industry as a whole. Specifically, they’ve grown in the following four ways:

1. Sourcing. The use of clean tech has become a strategic maneuver by organizations to help them meet a myriad of renewable energy, public disclosure, and carbon reduction goals. As our clients have grown in their sophistication and understanding of the nuances of the clean energy market, we’ve found ourselves spending more time on sourcing exercises to help them achieve their goals–while simultaneously saving them money.

With the advent of international products like Guarantees of Origin and GoldPower, multi-national corporations in particular have developed expanded sourcing needs that span the globe. It is not uncommon for us to assist our clients in sourcing products from highly specific technologies, regions, or countries.

2. Additionality. The corporate renewable energy buyer has learned more about the nuances of renewable energy, an emerging interest for these buyers has become additionality. Additionality is a complicated issue in clean energy. It traditionally refers to how a buyer’s actions have impacted the growth of renewables; in essence, if a buyer can say that by their actions a new renewable project has come about, then there is likely a claim of additionality to be made. However, in the fluctuating renewable energy market, it can be difficult for companies to achieve additionality by purchasing RECs alone. A variety of factors come into play, including the market influence of state-mandated renewable portfolio standards (RPS). The claim to additionality, however, can be highly motivating to buyers considering long-term contracts like PPAs.

3. Scale. Today’s renewable energy buyer is considering clean energy adoption at a scale previously unrealized. Given the various technologies and contracting methodologies available now, companies can set and meet carbon neutral goals through a combination of onsite solar, PPA, offsets, RECs, and more. For the first time, companies also have the potential to save money doing so, which is motivating buyers in greater and greater numbers to pursue their clean energy options.

Last year alone, the corporate renewable energy buyer market purchased more than 3,000 megawatts (MW) of wind and solar power via PPAs. In 2016, more than 200 MW have already been announced. Hundreds of companies have also made public renewable energy and/or carbon reduction commitments via the RE100, WWF’s Buyers Principles, and the White House’s American Business Act on Climate Pledge.

4. Complexity.  Today’s renewable energy buyer doesn’t shy away from the complicated technologies and deals available to them. While, historically, REC purchasing has primarily been transactional, today’s renewable energy contracts can be complex. PPAs, in particular, require the engagement of multiple internal stakeholders ranging from accounting to the CFO. New deal structures may take multiple months to execute and may lock buyers into a 12-20 year contract. Still other opportunities, such as virtual net metering, require buyers to share ownership of renewable systems.

Market changes, and the growth of customer sophistication, point to one important thing: clean energy is no longer a marginal business activity. On the contrary, a renewable energy and carbon reduction strategy has become a key differentiator and competitive advantage for an increasing number of global companies. Can you count yourself among them?

This content first appeared on Renewable Choice Energy and is published here with permission.

Read More:
Big Box = Big Potential? Solar Energy Across Retail Rooftops Could Change Everything
Business Renewables Center and RE100 Cement Partnership
A Game Changer in Renewables: How Corporations are Shaking Up “Business as Usual”
Analysts Predict Mass Global Uptake in Renewables and Continued Reliance on Fossil Fuels Through 2040