Embattled Emissions Plan Gets Corporate Support - Will Lawmakers Get it Together? - Infocast 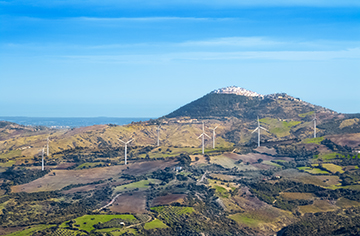 Back in February, the US Supreme Court halted the implementation of the EPA’s Clean Power Plan (CPP), setting a June 2nd court date for the DC Circuit Court to hear oral arguments. Despite the minor setback, the agency stated they would still help states reach compliance targets for lowering carbon emissions whether or not the stay remained in effect.

Then in May, the Circuit Court postponed plans to hear arguments on the case, West Virginia v. EPA to September 27, 2016. The order also noted arguments would be heard by the full nine-judge court, as opposed to the three-judge panel that had been assigned to the initial June hearing. Despite all the uncertainty that hangs in the air, the agency continues to propose additional details for state incentives aimed at encouraging early investments in clean energy.

While at a glance, the postponement appears to be yet another major roadblock for President Obama’s plan, the outcome might actually not be so bad. It might even be good for those of us who want to see the environment continue to, you know, not kill us. The September court date may push the embattled CPP through the rungs of the court process sooner than expected, as well as keep it out of the political crossfire as the current presidential race wages on.

Pretty much all circuit court cases start the process with a panel hearing. Due to the later court date, the court system is skipping the initial panel hearing, which will abbreviate the end to end process. If all had gone as planned, and the original three judge panel had the opportunity to make a decision, the parties involved could have petitioned for an en banc hearing, potentially adding an additional layer to the process.

Also, since the case is now on the books for the tail end of September, the court most likely won’t have time to publish an opinion before the November election rolls around, which, for better or worse, prevents either party from using the plan as debate ammunition.

Skipping straight to an en banc hearing is rather unusual. The uniqueness of the case is sure to generate more national attention, and by extension create more public awareness for climate change issues, as well as the full scope of the plan. Take for example, the Paris Agreement— which brought the importance of climate change to the forefront of the public consciousness, and has further encouraged corporations and government representatives to offer support for the CPP, despite several homegrown efforts to block the plan once and for all.
There is perhaps a light at the end of the tunnel for supporters of the plan— a growing number of companies, most of which do not have a reputation for being “green,” so to speak, are taking matters into their own hands. The number of organizations and companies that have jumped on board a whole host of initiatives is certainly heartening,  a sign of hope that the clean power plan does, in fact have a lot of support from unlikely sources.
Naturally, the tech sector has been leading the way—with big names like Google, Amazon, Apple and Microsoft making sweeping changes to cut emissions down until full renewable usage has been achieved. Other companies like IKEA and Adobe have stated they expect the EPA Clean Power Plan to have a positive effect on their businesses.

According to the attorney generals of both West Virginia and Texas, the EPA must cease helping states reach goals set in place to comply with its Clean Power Plan. The two states responsible for the Supreme Court stay, say moves toward implementation are in defiance of the uncertain status of the plan, and violate the terms of the stay. And while the agency is still doing what it can to see the plan through, if all else fails, the task of lowering global emissions could very well fall on the laps of the private sector.

Despite the uncertainty of the role the government will play in future efforts to lower emissions, the strong demand from corporates is proving to be a force to be reckoned with, as demonstrated through myriad metrics. Since 2013, 60% of Fortune 100s have made commitments to lower emissions, the RE100 is gathering more pledges with each passing day and four nonprofits just banded together to form the REBA initiative. With this major shift in the way corporate responsibility is perceived, the corporate energy buyer is quickly becoming the strongest advocate for climate change.

According to Bloomberg New Energy Finance, corporate buyers made up a total of 40% of the total power purchase agreement (PPA) market last year. Where these buyers are placing their dollar is making major waves—sending a message to all stakeholders–utilities, regulators, government officials and customers.

Companies, as well as the general public are getting turned off by our longtime collective refusal to change, and the desire to maintain dependence on fossil fuels is waning. Those corporations that support the plan are big time consumers of energy, responsible for billions in power purchase agreements. What we’re starting to see more is that companies like Apple, IKEA, Walmart, Microsoft, etc. are building future energy resourcing into long-term business strategies. As fossil fuel consumption becomes less and less practical, going 100% renewable will no longer be presented as a nice footnote that makes consumers feel good about buying more stuff, but a critical part of surviving the future economy.

These unexpected voices for change might be our greatest hope in reducing carbon emissions once and for all. Yet, even though 60% of the biggest corporations in the United States have made sweeping public claims to cut emissions down to nothing— there are still billions of kilowatt hours the US needs to meet in order to hit the goals dictated by the CPP.

Attend Corporate Renewables 2016 and learn to take advantage of the various opportunities in renewable energy and gain a nuanced understanding of the energy procurement process. For the full lineup of speakers and sessions, click here.