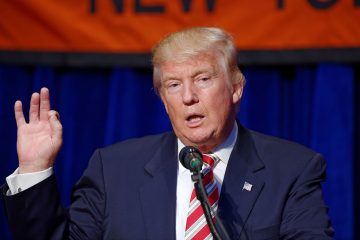 The Trump Administration is considering a bold and ambitious vision for the U.S. space program.

Speaker of the House Newt Gingrich has remarked that the Trump administration wants a more “competitive entrepreneurial approach to space.”

According to internal documents obtained by Politico, Trump plans to return to the moon by 2020 in an “affordable way,” claim de facto properties on the moon for Americans, and create privately operated space stations.

“The real innovative work is being done outside of NASA,” notes former Pennsylvania Republican Rep. Robert Walker, who is involved in the debate.

The Trump administration aims to bridge the gap between the private sector and public sector for the betterment of the space industry.

More investments in the private sector could “provide a better foundation for what NASA would like to do with human exploration,” said Andy Aldrin, director of Buzz Aldrin Space Institiute, to Politico.

It will be a while until the sectors are merged and many challenges still lie ahead.

“There is still a lot of desire to maintain programmatic continuity,” tells Aldrin. “At some point those two things may not be consistent. At the end of the day there is only so much money to go around.”

The commercial space industry is constantly evolving. Keep up to date with industry changes at Infocast’s Space 2.0 event from April 25-27, 2017 in Silicon Valley. Click here learn more about our Space 2.0 Summit.