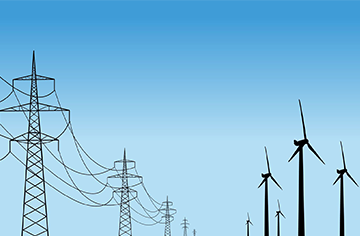 If you’ve been paying attention, you know that seismic shifts have been underway in how we’re generating energy worldwide, and how those actions play into international goals around carbon emission reductions.  What you may not know is the important role businesses have played in the renewable energy tipping point or why corporations are pursuing renewables so doggedly.

In the past eight years, commercial and industrial (C&I) buyers have been responsible for adding a combined total of more than 6,000 MW of new wind and solar projects to the U.S. grid, not to mention the nearly 1,000 MW of projects done overseas.  In 2015 alone, corporate buyers were responsible for 52% of new wind capacity contracts, overtaking the utilities and banks that have historically driven renewable energy development.

With the December extensions of the wind power Production Tax Credit and solar power Investment Tax Credit, the interest in corporate renewable energy purchasing shows no signs of slowing down.  A recent survey by Pricewaterhouse Coopers indicates that more than 70% of companies surveyed are actively pursuing renewable energy for their business.

Renewable energy—specifically in the form of long-term power purchase agreements or PPAs—is a powerful tool in the sustainability toolbox.  Here’s why:

Today’s sustainability manager has to prioritize, advocate for, and complete impact and energy reduction-related projects that can require an investment of tremendous time and resources.  As a result, sustainability managers are sometimes forced to make difficult decisions about where to invest these resources—including their own political stake.  Competition for capital, payback periods, net impact reductions, and corporate reputation are all important considerations with implications for the organization as well as the sustainability manager themselves.

For example, energy efficiency projects are absolutely critical to an organization’s long-term cost containment and impact reduction strategy.  They play an essential role in reducing total demand for grid-sourced energy—which has broader social and environmental implications—and can improve a company’s overall productivity and efficiency.  However, actual reductions from and payback periods for efficiency investments can vary widely.  These projects can be further constrained by access to available capital, zoning or technology restrictions, or even a lack of available manpower.

Renewable energy PPAs, on the other hand, are an attractive solution to meet multiple sustainability goals.  They can be used by any creditworthy company with a large electricity load and—here’s the real kicker—have the potential to save a company millions of dollars, often with no upfront capital expenditure, while simultaneously making a material impact on emissions and greening the grid.  Save money, don’t spend money, and reduce impact? That’s music to the C-suite’s ears.

PPAs generally take the form of a contract for differences, sometimes also referred to as a fixed-for-floating swap.  In this type of contracting structure, the corporate buyer—or offtaker—agrees to a fixed price for power generated from a renewable source.  Anytime the market price for power exceeds the buyer’s fixed price, they receive the difference in a rebate.  PPAs allow the buyer to address three critical goals:

The forward price of power: All companies operating today that intend to operate or expand in the future face a short position on the forward price of power.  Power costs are forecast to rise over time.  Energy is one of the most volatile commodities in the world.  As a result, the operational costs for electricity will continue to increase without predictability for budgeting purposes.  A PPA helps a buyer hedge this operational risk by locking in a fixed price for power over a 10-20 year period.

Saving money: Like other impact reduction projects, a PPA results in bottom line savings.  But the magnitude of the savings opportunity with a PPA is dramatically larger than other types of sustainability endeavors.  Depending on the market fluctuations in the price of power in a given month and the size of the PPA, a corporate buyer can anticipate to save millions of dollars over the life of the contract.  How contracts are structured, where projects are located, and the way that the energy attribute certificates (EACs) of a deal are treated even have the potential to result in additional revenue for corporate buyers—hence the reason big players like Google and Apple have jumped into the space in a big way by getting their own FERC licenses and executing on numerous PPAs.

Reducing impact: Companies are limited in the ways they can utilize renewable energy.  Some are able to front the capital expenditure to install onsite solar on their facilities—increasingly possible with solar costs falling so dramatically.  However, it is nearly impossible for a large company to meet all their energy consumption and carbon reduction needs with onsite solar alone.  Many others—including thousands of companies worldwide—are using the tried-and-true method of EACs.  EACs remain one of the easiest and most affordable ways for companies to use renewable electricity, but they still require a capital investment and are not generally additional, meaning they don’t displace global emissions or provide enough financial support to help projects get off the ground.

PPAs, however, check all the boxes:

However, PPAs take a considerable lift to get done, typically requiring the involvement of not only the sustainability champion but a cross-section of internal stakeholders and decision-makers.  There are also numerous risks that must be addressed and controlled for.  There’s no substitution for an experienced buyer’s agent to help a sustainability manager navigate the PPA process.