Utility CEOs Say Coal Is On The Way Out - Infocast 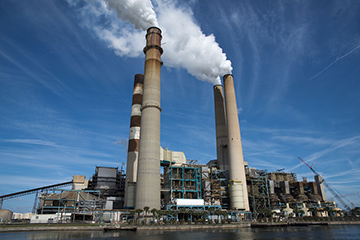 Utility CEOs Say Coal Is On The Way Out

If you want to understand the demise of coal despite what some politicians insist, consider this quote from CEO Pat Vincent-Collawn, whose utility is invested in New Mexico’s Four Corners Power Plant: “The current data clearly supports the replacement of the coal … with an energy mix that includes more renewables and natural gas as the best, most economical path.”

This explains why — much faster than anyone would have predicted just a year ago — so many utilities are transitioning out of the West’s largest coal plants. For example, the CEO of Talen Energy wants out of Montana’s Colstrip Coal Plant by the end of 2018, because it is putting the company in the red by $30 million a year.

Scott Harrelson of SRP, operator of Arizona’s Navajo Generating Station, blamed “changing economics” after the company announced the likely closure of another coal plant 25 years ahead of schedule. These plants struggle to sell coal-fired power because it’s become more expensive than cleaner energy options, including solar, wind and energy efficiency.

This flurry of companies hastening their exit from the coal business should raise an eyebrow at President Donald Trump’s frequently repeated promise to bring coal jobs back to the U.S. The companies’ announcements came right before and right after Trump stymied the Clean Power Plan, which would have let states decide how to cut harmful pollution by building more clean energy. And just a day later, he and his Secretary of the Interior decided to reopen public lands to a broken federal coal-leasing program, even though it will cost taxpayers billions. Trump also wants to slash the Department of Energy’s innovative programs that helped establish multibillion-dollar clean-tech companies that employ hundreds of people, including First Solar and Tesla.

Despite all the bluster about a coal revival, when Reuters recently polled 32 utility companies in states that were attempting to block the Clean Power Plan, the majority said they are still planning to phase out coal in favor of cleaner, cheaper resources. Not one utility announced that it intended to build new coal-fired power plants. And this makes perfect sense: The existing plants are getting older and more expensive to operate with each passing day.

According to the Department of Energy, nearly 38,000 Utahns work in solar, wind, smart grid and battery storage. Even though the clean-energy industry is relatively young, it is growing faster than any other energy source and employs more people than coal, oil or gas.

This transition away from coal is happening most rapidly here in the West. Washington and Oregon are on the way to joining California in being coal-free. Nevada is trying to pass more ambitious clean-energy goals, and 14 Western cities and towns have already made 100 percent clean-energy commitments. The West’s vast clean energy opportunities explain why a utility like Xcel is about to spend billions of dollars on wind farms in Colorado and New Mexico, mostly using wind turbines built in Colorado.

Even states that have relatively low clean-energy goals are seeing major economic benefits. According to the Department of Energy, nearly 38,000 Utahns work in solar, wind, smart grid and battery storage. Even though the clean-energy industry is relatively young, it is growing faster than any other energy source and employs more people than coal, oil or gas.

This historic shift in how we produce and deliver electricity cannot be slowed down. That means continued change and challenges for working people — change that must be planned for rather than ignored by politicians who seem to be content with making unrealistic promises to their constituents. Failure to plan and act will hurt the very people who have often risked their own lives working to keep our lights on and our appliances humming.

Instead of using taxpayer money to delay the inevitable closure of coal plants, as Montana has done, we should invest directly in the affected communities to help them diversify their economies and create family-sustaining jobs. Right now, two critically important federal bills that will help do this are in the works: the RECLAIM Act and the Miners’ Protection Act.

These bipartisan bills are steadily moving forward because coal communities and grassroots organizations are demanding that their representatives in Washington, D.C., do something. All levels of government must take these efforts seriously and find ways to create more economic opportunities, modernize workforce development programs, and advocate for better pay and benefits for all workers. Hundreds of thousands of people already work in clean energy. Utility CEOs, coal plant owners, and investors are telling us clearly that the market has chosen clean energy over coal. Change is happening now and will only continue. The sooner we listen, the sooner we can build a healthier, more prosperous future in the West — and across the country.