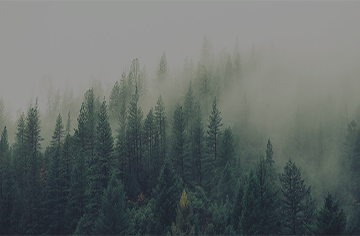 Corporate renewable initiatives are dominating in the wake of the Paris Agreement, growing concerns over worsening environmental conditions and a change in societal expectations that go hand in hand with today’s level of expected transparency. No longer can big corporations easily get away with exploiting low wage workers, cuttingdown the rain forest or dumping waste into our oceans. Corporations the world over from Google and Facebook to Starbucks, to IKEA, Walmart and Costco have all made ambitious commitments to lowering carbon emissions and make the move from fossil fuel dependence to 100 percent renewable energy.

Perceived corporate greed is no longer tolerated by the general public. Factors like the past decade’s economic recession, the social media-induced transparency for major brands and an uptick in citizen reporting are all likely at play here. People are starting to understand that the science on climate change is, in fact the real deal. Our collective groans at climate change deniers are finally being taken seriously.

Idealism aside, there has been a marked shift. A recent poll by the National Surveys on Energy and Environment revealed at least 70 percent of Americans believe global warming is real, and that the warming of the planet over the past 40 years is indeed backed up by hard scientific evidence.

Perhaps more surprisingly, the poll revealed a shift amongst Republicans. In the past, climate change and environmental issues have largely remained in the democratic wheelhouse. Yet, while differences still persist between how the two groups view climate change, it’s clear the issue is becoming less partisan as the effects of droughts, rising sea levels and warmer temperatures are being felt around the globe.

According to the Ethical Corporation’s State of Responsible Business Report, over 70% of CEOs are now convinced of the value sustainability efforts bring to the table and 86% of all corporate participants acknowledged that sustainability has become a key component of their business strategies. Yet, over a quarter of respondents reported they aren’t sure whether or not sustainability is actually doing anything to drive revenue. Sure, one can argue that the value of sustainability is something that transcends profits, but by that logic, you’re not going to see a lot of buy-in at the CFO/CEO level.

While corporate buyers should be aware of upfront costs when switching to renewables, early adopters will set the tone for more widespread participation. But, those corporates that do invest will eventually see payoff that translates into, you know , actual pay. Plus, wind and solar in particular, are seeing dramatic price drops, and companies will want to lock in those low rates for years to come by contracting with local utilities.

Additionally, investing in renewables creates jobs in the renewables space, offering a huge market opportunity for energy providers and gives developing countries a chance to be a part of a changing global economy.

Yes, a lot of the benefits are widespread and hard to quantify, but stimulating the economy and driving down costs will make green energy sources as de rigeur as their “browner” counterparts.

How to Measure Success?

The collaborative efforts of initiatives like the RE100 will require more participation for there to be any meaningful reduction in CO2 emissions. As it stands, 65 of the world’s largest corporations have signed on, though there is no set deadline for meeting that goal.
“Our analysis of the private sector’s electricity consumption and carbon emissions indicated that a switch to power from renewable sources could cut global CO2 by nearly 15%,” says Emily Farnworth, Campaign Director of the RE100.

As far as success goes, finding answers to big questions will be key:

Additionally, companies will see an increase in brand perception, which could be a huge boost to department stores, for example, that have become increasingly synonymous with being stodgy and behind the times. Organizations that set out to build a more sustainable version of the corporations we’ve seen in the past are sure to increase in stature and public perception–it remains to be seen what the future of the Walmarts, Targets and Costcos of the world will look like, but it seems we’ll have an answer some time in the near term.

Infocast’s Corporate Renewables 2016 brings the corporate community together to take on the biggest challenge of our time- climate change. Corporate buyers will discuss the practical reality of energy procurement, renewable business strategies and more.