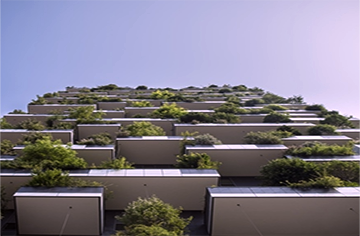 A recent report by PwC confirms the marked change we’ve seen over the past few years in the renewable energy sector, particularly with commercial and industrial companies. After years of stagnation, attacks from climate change deniers, and naysayers citing high prices as an immovable barrier, it appears renewables have finally made it.

PwC crafted a survey of primarily US companies, most of which have very large appetites for energy, and several of whom have purchased renewable energy in some form in the past, to uncover what’s behind this positive change.

In the last two years alone, a majority 72% of the participants surveyed have at least started the energy procurement process, or have established goals to meet changing emissions reduction targets. Nearly all of those companies are using solar, but wind has also seen pretty broad adoption in its own right.

This is great news, yet 28% of participants stated that they were not currently pursuing any power purchase agreements, which, while this is clearly a minority, it is still accounts for a significant portion of the group. Of that 28%, the main reasons they cited for not participating were, their organization had no existing corporate renewable mandate in place, lengthy contracts were a turnoff, or the ROI and payback incentives simply weren’t worth it.

Interestingly, another recent study by PwC from back in January found renewable energy is not a top concern for many corporate CEOs. Sure, businesses have other things to worry about besides sustainability and climate change, like making money and pleasing shareholders, but it seems a bit contradictory in light of the more recent findings.

But how do you even measure ROI, in the context of climate change? Mitigating damage caused by rising global temperatures and industrial emissions can arguably count as a success, albeit a collaborative one that can’t really be attributed to one single driving force. Plus, the primary reason for the uptick in corporate energy investments isn’t necessarily born out of genuine concern for the environment— it’s just good business sense. Renewables like wind and solar help reduce the long-term costs of operations, offer a safety net against volatility in the fossil fuel market and diversify the supply of energy. It also enables companies to hit greenhouse gas emissions reduction goals and demonstrate leadership on corporate sustainability issues.

Corporate mandates, or really any kind of established business strategy was a notable barrier for decision makers, despite the fact that over 59% of respondents reported their role in their organization was at the director level or above. Additionally, PwC reported that decisions regarding renewables, and the long-term contracts that accompany them often require three or more different job functions to give approval, which seems to be the main obstacle toward widespread adoption.

So, how, exactly do we get more businesses on board with sustainability efforts? While the primary reason corporations exist is to turn a profit, the way in which each organization does so is completely unique, and for that reason, the answer, is simple, yet very specific. For example, companies need to understand how the savings from renewable energy will come into play within their own supply chains. What are the exact savings when an organization say, switches to LED lights for example? Or retrofits their facilities? Or how much will tax incentives make the upfront costs of solar power more palatable? Hard numbers on a company by company basis will help those 3+ internal stakeholders more likely to jump through the correct hoops toward green energy adoption and ultimately, commit to lowering emissions. Even if the sole motivation is in fact, profit, there is a bit of hope that we’re moving in the right direction.