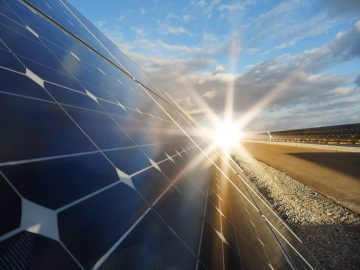 The US solar industry has grown exponentially in the last six years.

Utility-scale solar installations grew at an annualized rate of 72 percent between 2010 and 2016, reported the Energy Information Administration. Although the fist utility-scale solar plants were installed in the ’80s, more than half of them came online over the last two years.

California, the leading solar state, has deployed a significant amount of solar capacity in the recent years, likely due to renewable portfolio standards or state renewable tax credits. Last year, California topped the list of states solar capacity with a reported 9.8 GW capacity.

In addition, the federal government has provided a 30 percent investment tax credit since 2005, but is will likely phase out by 2022.

Even with the growth, solar only provides 0.9 percent of all electrical generation, due to its timing with sunlight and changing of the seasons. Some systems are now paired with energy storage systems for greater operational flexibility.