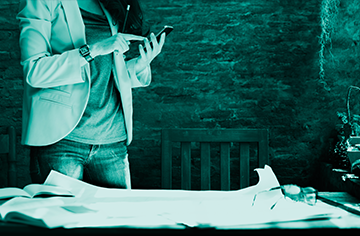 As we inch closer to the brink of disaster, companies are under increased pressure to cut emissions exponentially. With the Paris Climate Talks behind us, dire predictions of impending disaster are no longer interpreted as fear mongering, but a reality we may come face to face with sooner than expected.

As we’re well aware, the biggest corporations in the world wield a tremendous amount of power, and while they do create jobs for large swathes of the population, they also tend to cause pollution and wreak havoc on the Earth’s resident wildlife. But times are changing. On the plus side, major corporations like Coca Cola, Unilever, Walmart and countless others are turning to non-profit environmental groups to help them reign in consumption once and for all.

Wal-Mart, for example has enlisted the help of the Environmental Defense Fund to audit the mega store’s entire carbon footprint from everything to the emissions caused by the products on the shelves as well as those from trucking, shipping and energy use in all its iterations.

Something called greenhouse (GHG) gas accounting has also entered the fold over the past decade or so. These new kind of accountants don’t track and report on financial matters, but rather, are systematically auditing a company’s environmental usage through metrics like the amount of rainforest carbon dioxide levels, factory pollution or what power plants are actually pumping into the air. Companies from all kind of industries— think  L’Oreal,Dell and even General Motors are working to make GHG accounting a precondition for purchasing from the various pieces of their supply chains.

Bold claims from Unilever, Facebook, Microsoft and others to slash climate change are generating a new sense of hope that our biggest companies will help lead the charge in the wake of the Paris Climate Talks.

As it stands today, no companies are on the hook to reduce their emissions from a legal standpoint. BUT the EPA Clean Power Plan continues to loom on the horizon, with the next round of hearings pushed back from June to September. In the midst of our rather… unusual presidential race, the fate of the CPP is uncertain at best. But one thing has become increasingly clear– whether or not the US government gets it together, businesses and private citizens alike are starting to taking climate change into their own hands, which is quite possibly the biggest positive impact we’ve seen in generations.

Infocast’s Corporate Renewables 2016 brings the corporate community together to take on the biggest challenge of our time- climate change. Corporate buyers will discuss the practical reality of energy procurement, renewable business strategies and more.