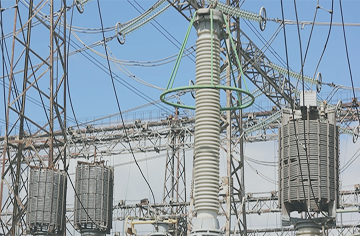 The impending closure of the Diablo Canyon nuclear power plan marks the end of a chapter for energy in California. PG&E has renounced plans to renew contract’s on the facility’s two reactors. Which will expire in 2024 and 2025 respectively. In the meantime, California will need to get its renewable contracts in place, so we don’t run into a power shortage when the time comes. While the closure of California’s last remaining nuclear power plant is an exciting step for the state, and the energy sector as a whole, something bigger is happening on a social and cultural level.

Yet the coming closure, has some people worried that removing nuclear power from California’s energy rotation will lead to greater dependence on fossil fuels. The plan is to replace the missing energy exclusively with renewables, but all the necessary infrastructure has yet to be built in order to actually achieve those goals.

What are the Implications of the Closure?

The first thing that comes to mind is the EPA Clean Power Plan, and the emissions reductions goals that, despite the plan being put on pause by the Supreme Court,  are starting to gain some traction from both states and large corporations. The thing is, that nuclear power does reduce emissions, replacing output from coal and natural gas, but at the price of opening us up to a whole slew of other environmental disasters. The Diablo Canyon facility lies on major fault lines, and were a major earthquake to strike, the fallout could be similar to the 2011 Fukushima disaster.

As it stands, California gets 60% of its power from natural gas, and the closure of the San Onofre nuclear power plant back in 2013 led to the loss of 25% of the state’s emissions-free power. Diablo Canyon will contribute to a similar loss–which works against the clean power plan’s efforts at reducing carbon output. So where is this renewable influx going to come from?  California currently does not have the capacity to replace nuclear sources entirely with wind and solar, but there are a few projects in the works.

Pacific Gas & Electric (PG&E) announced that they had reached an agreement with environmental groups (Friends of the Earth, Natural Resources Defense Council, and others) that basically states that California will start investing heavily in the renewables space, funding projects like solar panels, wind farms and more. The joint proposal references Senate Bill 350, which requires the California Public Utilities Commission (CPUC) to have a diverse renewables portfolio in place in order to cut emissions down to 40% below where they were in 1990 by the year 2030. Since the closure stands to undo a sizable portion of the progress made toward those goals, PG&E and the groups proposed upping emissions targets and requiring the utility to procure  2,000 gigawatt hours (GWH) of greenhouse gas-free energy sources in the six years leading up to the retirement (2018-2024).

After the retirement, PG&E will add an additional 2,000 GWH every year between 2025 and 2030 from wind and solar to the replace the lost nuclear output. PG&E also intends to It will also make use of other “GHG-free resources,” such as storage, as needed to fill in any gaps remaining.

How Will the Loss of Diablo Canyon Affect Corporate Power Purchase Agreements?

Since it hasn’t happened yet, it remains to be seen how the Diablo Canyon retirement will play out from an economic standpoint. If California can’t reach its proposed goals, then the price for renewable energy may go up due to scarcity. However, since renewable uptake by major corporations has been steadily on the rise over the past few years, investments from the business world are sure to play a crucial role in making California’s transition to renewables smoother than anticipated.