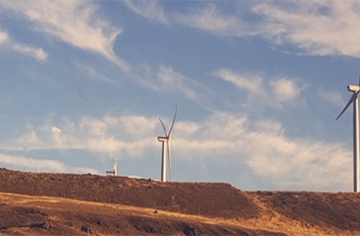 Going green is going mainstream. Deloitte’s sixth annual “Resources 2016 Study” shows a dramatic shift in how consumers, both corporate and residential view environmental responsibility. The report points out the change taking place is likely due to this idea that a collective goal to reduce emissions is now “ingrained” in our culture, despite this year’s plummeting gas prices. The change can be attributed to the rising influence of the millennial generation, who have been warned against the adverse effects of climate change for most of their lives.

The resources study was aimed at unearthing the types of insights useful to businesses as they begin to think about the future of energy and how they see the role of renewables changing in their respective business plans. Researchers asked questions aimed at getting an idea of what businesses, as well as individual consumers knew about the renewable marketplace, how they are managing energy, and what actions US consumers are taking to do a better job managing energy.

Deloitte found that 65% of residential consumers reported they are “very concerned” about climate change, as well as how their own carbon footprints affect the greater good of the planet. The report also mentioned customers are opening up to the idea of paying a surcharge on utility bills in order to support renewable energy. Millennials have shown strong support for such proposals, nearly half of all participants in their 20’s and 30’s expressed interest in purchasing shares in utility-scale solar, if it meant helping meet their personal energy needs.

“The strong desire of residential consumers for clean-energy options, coupled with the increasing cost-effectiveness of solar and wind, are driving growing opportunities for utilities and businesses to explore ways to expand deployment of renewables,” says Marlene Motyka, US alternative energy leader and principal at Deloitte.

Aside from the ‘trend-factor’ of renewable energy, it seems the drastic shift in perception stems from this fact that our existing technology is getting better every day. Renewable energy harvesting technology becomes more efficient and cost-effective over time, we’re seeing less desire for methods like mining, fracking and drilling—despite the fact that those technologies are improving rapidly as well.  Take for example, the fact that the price of wind energy has fallen by 66% since 2008, according to the American Wind Energy Association (AWEA).

In general, technologies tend to become more efficient and more cost-effective over time, as engineers identify improvements and as devices are produced on a larger scale. Fossil fuel technologies are also becoming more efficient; however, those technologies are being used to harvest depleting resources, so support is waning and future generations likely won’t work on perfecting them.

As it stands, US companies have made dramatic strides in the renewables space, but the real challenge lies in implementing the next steps. In the US alone, 3.44 GW in power purchase agreements (PPAs) were signed last year, as compared to the 1.2 GW signed in 2014. 56% of surveyed businesses reported to Deloitte that they produce at least some of their energy on-site, while another 52% have taken some initiative in starting the renewable procurement process. Cost barriers are still an issue for a lot of businesses, but with the falling prices of both solar and wind and external forces like international commitments toward lowering emissions and the EPA Clean Power Plan.  Ultimately, it may be the concerns of the Millennial generation that helps push renewable energy further into the mainstream.