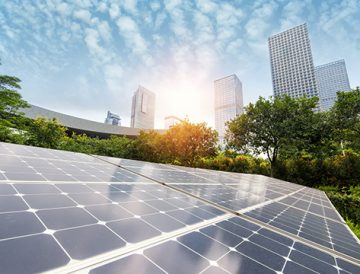 The California State Senate passed Senate Bill 100 by Senate President pro Tempore Kevin de León (D-Los Angeles) on May 31, which set California on a path to 100 percent clean renewable energy by the year 2045. The measure was approved on a 25-13 vote.

“When it comes to our clean air and climate change, we are not backing down.” Senate Leader de León said. “Today, we passed the most ambitious target in the world to expand clean energy and put Californians to work. Now more than ever, it is critical that we double down on climate leadership as we learn that the President intends to withdraw from the Paris agreement. Regardless of what Washington does, California will show the way forward. We are sending a clear message to the rest of the world that no president, no matter how desperately the try to ignore reality, can halt our progress.”

SB 100 will transition California to 100% fossil-free electricity, and will further bolster the state’s economy. Solar, wind, energy efficiency, and other clean power sources now collectively employ over half a million Californians – there are already nearly ten times more clean energy jobs in California alone than there are coal-mining jobs in the entire nation. California continues to set the standard for leadership on policies to prevent climate change from further eroding the safety and health of our great state, and our great nation.

Bernadette Del Chiaro, Executive Director for California Solar Energy Industries Association said, “Transitioning to a 100% carbon-free future in an economy the size of California’s requires persistence, commitment, and vision. CALSEIA stands at the ready in creating the local jobs, carbon-free electricity, and grid reliability that comes with this cleaner future.”

“Increasing the requirements of California’s RPS over the next 13 years will improve air quality, boost our economy and provide the necessary market signals for additional clean energy investments in California. Today, our state is a world leader on clean energy investment and adoption. SB100 would continue creating momentum for California to dramatically transition away from the use of fossil fuels and reduce the emissions that are warming our planet,” said Laura Wisland, Senior Energy Analyst at the Union of Concerned Scientists.

Kathryn Phillips, director of Sierra Club California said, “Getting 100 percent renewable is 100 percent possible and 200 percent necessary. SB 100 responds to what survey after survey shows that Californians want: clean energy, clean air and a future for the next generation.”

Strela Cervas, Co-Director of the California Environmental Justice Alliance said, “SB 100 will transition our state away from fossil fuels that have disproportionately impacted the most disadvantaged communities and communities of color. The bill charts a pathway for the public health and economic benefits of local renewable energy to reach communities that need it the most. CEJA applauds the leadership of President pro Team de Leon and California to lead the nation in aggressive and equitable energy policies in a time when our national leaders are moving backwards on climate change and renewable energy.”