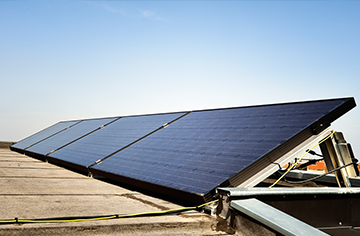 Grace Sweeney | Infocast Events
The United States has an overabundance of energy from the sun that could easily exceed the entire nation’s electricity needs. With all that untapped energy comes the potential to produce more than 100 times as much electricity from solar photovoltaic (PV) installations than the entire nation consumes in a year. We’ve started to see a shift from solar power being this niche market to coming into the mainstream, as major retailers like Walmart and IKEA hop onto to the renewables bandwagon. Costs are falling, and installing solar panels has become increasingly affordable for corporations and individual homeowners alike.
In a recent study by the National Renewable Energy Laboratory (NREL), researchers found the US has the capacity to generate enough power from rooftop solar panels alone to meet roughly 25% the country’s electricity demand. As it stands, commercial properties make up the bulk of this potential market for rooftop solar power generation.
“This report is the culmination of a three-year research effort and represents a significant advancement in our understanding of the potential for rooftop PV to contribute to meeting U.S. electricity demand,” says Robert Margolis, senior energy analyst at NREL.
As we all know by now, so-called “big box” stores are ubiquitous across the United States, and the thousands upon thousands of malls, retail stores and ‘Super Targets’ are a gold mine of unused space that could be easily function as a host site for solar panels. This isn’t to say they aren’t catching on; from Walmart and Costco to Macy’s, Kohl’s and Best Buy, many US businesses are shedding the image of corporate greed and nonchalance toward climate change, instead making big investments in solar.

According to a report by Environment America and the Frontier Group, Target, Lowe’s, Home Depot, Macy’s Sears, J.C. Penney, Kohl’s, Costco, and TJX collectively own 2 billion square feet of retail space in the United States alone. This short list of companies have the potential to host roughly 17 GW of solar power atop their stores- which equates to about 75% of the US’  solar PV capacity.
In addition to the mega-square footage on big box rooftops, attached parking lots could be another solution, hosting space for solar power production. Not only would installed panels generate greater power, they shade for consumers and by extension, cut down on the use of air conditioning.  Additionally, large retail distribution centers have potential to be secondary locations for panels.
“Actual generation from PV in urban areas could exceed these estimates by installing systems on less suitable roof space, by mounting PV on canopies over open spaces such as parking lots, or by integrating PV into building facades. Further, the results are sensitive to assumptions about module performance, which are expected to continue improving over time,” Margolis says.

With many of the biggest retailers in the US transitioning to green power could have massive implications for energy consumption for the entire country. Based on square footage alone, getting creative with underused commercial space could be the major game changer we need to  fight climate change.

Attend Infocast’s Corporate Renewables Summit, September 26-28, 2016 in Washington, DC. Meet with peers and energy suppliers to discuss the best strategies for renewable energy adoption and procurement. For more info on the speakers and sessions, you can view the agenda here.