Are Nuclear Closures a Bad Sign for Renewables? - Infocast 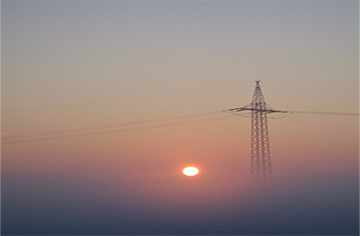 Closures like the San Onofre and Diablo Canyon power plants in California may throw a wrench in state plans to lower emissions. A recent Forbes article points out many modern environmentalists are reluctant to pull the plug on the Diablo Canyon plant. Despite the mostly positive response to PG&E’s announcement, the plant’s impending closure, and subsequent move toward renewable energy is not necessarily a done deal, and the state currently doesn’t have the infrastructure in place to fully replace the lost power with 100 percent renewable energy. Instead, California could take a step further from its projected emissions reduction targets.

As it stands, nuclear power is responsible for 8.6% of the state’s power, representing a whopping 17,660 gigawatt hours per year. The plan to replace those hours remains unclear, as the current proposal only includes a plan to procure 4,000 gigawatt hours of energy from wind and solar. PG&E and environmental groups say they’ll figure it out later, however with natural gas prices continuing to fall, it’s likely that at least some of the missing power will be replaced by the emission-producing gas.

“To help frame the magnitude of PG&E’s decision, we estimated that replacing all of Diablo Canyon’s generation with solar power would have a price tag of about $15 billion,” says Rob Barnett, a senior analyst with Bloomberg Intelligence

Despite all this, there may be hope for renewables yet. Sure, natural gas prices have hit all time lows, and as a result, commercial and industrial (C&I) buyers have been hesitant to commit to renewable power purchase agreements (PPAs), which generally last longer than most modern marriages, averaging around 15-25 years a piece. But, corporations have been increasingly signing PPAs, which lock in low prices for this large chunk of time, which, really is good news for the organizations with the capacity to choose where their energy is coming from.

The Diablo closures will tentatively take effect in 2024 and 2025, and that nine year time frame is based on when PG&E would need to renew its license with the Nuclear Regulatory Commission.  This gives the state a bit more time to scramble for solutions, and find enough funding for all the infrastructure that needs to be put into place.

“It is designed to help California meet our climate change goals, including that half of the electricity generated in the state must come from clean, renewable energy by 2030,”  Peter Miller of the Natural Resources Defense Council says of the timeline.  Still, the state has a lot of ground to cover. 13,660 gigawatt hours to be exact.

IRENA’s recent Power to Change Report states that global prices for solar and PV modules and wind turbines have fallen by 80% and 30-40% respectively, so perhaps if this trend continues, we’ll see a dramatic increase in wind and solar projects.

We have already seen dramatic cost decreases in solar and wind in recent years, and this report shows that prices will continue to drop, thanks to different technology and market drivers,” says Adnan Z. Amin, Director General of IRENA. “Given that solar and wind are already the cheapest source of new generation capacity in many markets around the world, this further cost reduction will broaden that trend and strengthen the compelling business case to switch from fossil fuels to renewables.”

Amin continues, “This comprehensive overview of the solar industry finds that these cost reductions, in combination with other enabling factors, can create a dramatic expansion of solar power globally. The renewable energy transition is well underway, with solar playing a central role.”

Uncertainty hangs in the air. The unfortunate reality is, since the 2013 San Onofre closure in Southern California, carbon emissions have actually risen by 35%, as they’ve been replaced with, you guessed it, natural gas. And it’s not just California shuttering plants, Vermont’s Yankee Plant recently closed, and two of Exelon’s Illinois-based nuclear facilities will likely close within the next couple years.

If Amin is right, the building the business case for renewables may be our strongest hope to accelerate the growth needed to stay on track in meeting carbon emissions targets. Based on sheer amount of money it would take to turn the PG&E proposal into practical reality, corporate entities will need to help drive renewable demand and provide a good chunk of the funds needed to make it happen. There has yet to be any information released that outlines exactly how much all these hypothetical procurements will cost, but it sure won’t be cheap.