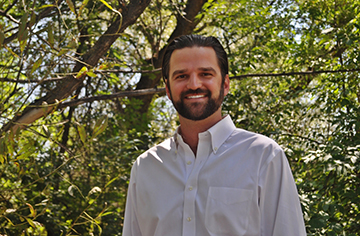 In this blog, we’re talking to John Powers, VP of Strategic Renewables at Renewable Choice Energy, and a speaker at our upcoming Corporate Renewables 2016 event.

Globally, thousands of companies are pursuing renewable energy as a means to meet their economic and environmental goals.  They are assisted by the ever-dropping costs of wind and solar along with a variety of different tax subsidies and incentives that make renewable energy purchasing attractive. Whether they are using energy attribute certificates in an emerging market, or exploring a long-term, utility-scale power purchase agreement, there has never been a more exciting, dynamic time for corporations to enter the renewable energy market.

Power purchase agreements (PPAs) have received a lot of attention this year—what are they, and how do they help corporate buyers?

Power purchase agreements are a means for a creditworthy offtaker—in this case, the corporate buyer—to contract directly for renewable energy with a project developer.  Companies can choose from onsite PPAs, like distributed generation solar, or offsite PPAs, like utility-scale wind projects, to meet their needs.

PPAs can be structured as a direct supply deal or as a contract for differences (CFD).  In either arrangement, the buyer is able to lock-in a low, fixed price for energy, which helps them hedge against future, volatile conventional energy prices.  As a result, corporate PPA users are saving millions of dollars on their energy expenses, while also achieving their goals and commitments around renewable energy procurement and carbon reductions.

What’s required for a company to pursue a PPA?

A primary benefit to PPAs is that they generally require no upfront capital investment (beyond transaction costs), which often removes a major barrier to adoption for companies looking at renewable energy solutions.  However, in general, PPA buyers need to be creditworthy themselves, or able to post a letter of credit from a sizable financial organization, in order to back renewable energy projects.  This presents a challenge for some buyers.  PPAs aren’t for every company—but those who aren’t able to buy a PPA can still use energy attribute certificates (EACs) to meet their goals.

What should buyers interested in a PPA be thinking about?

Project selection is key in a successful PPA.  There are a variety of factors to be considered and risks to be managed at every stage of the deal.

It’s also critically important to engage a cross-section of stakeholders in the PPA decision-making process, so organizational champions have to be prepared to manage those relationships and conversations.

We strongly advise that anyone considering a PPA work with a buyer’s agent like Renewable Choice.  We can help with project selection, risk mitigation, and stakeholder engagement to ensure a higher likelihood of deal success.

What about buyers with overseas operations?

The great news is that PPAs and EACs are available in a growing number of emerging markets such as Mexico, India, Europe, and elsewhere.  In many of these markets, there are even greater incentives or favorable contracting terms than there are domestically.  It’s an outstanding opportunity for corporations with operations in these markets.

Don’t miss your chance to hear from John Powers at Corporate Renewables 2016. John will be speaking on the panel, Identifying, Assessing and Managing Risks, which will explore how corporate energy buyers are developing greater sophistication in handling risks.