American Cities and Highways Counted on LED Lighting. Were They Wrong? - Infocast 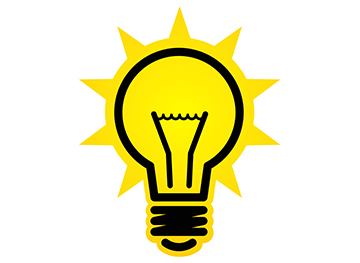 American Cities and Highways Counted on LED Lighting. Were They Wrong?

Thanks to their long life and low power consumption, light emitting diodes (LEDs) have become the lighting source of choice on about 13% off all American streets and highways. That might not be such a wise choice, according to “Human and Environmental Effects of Light Emitting Diode (LED) Community Lighting,” a report issued in June by the American Medical Association.

The report finds that the many of the outdoor LED units now in use do not produce a balanced spectrum of light and have actually caused hazardous road conditions. That report only adds only one new voice to those that have been questioning whether LEDs are a good choice for outdoor lighting. A recent article in The Washington Post, “Some Cities Are Taking Another Look at LED Lighting after AMA Warning,” reports that the overly-blue light they produce is affecting people’s sleep patterns. And over the last few years, LEDs have been blamed for a variety of other ills. Astronomers say they cause excessive light pollution around cities, making it harder to see the stars. And if that isn’t enough, some environmentalists say they are exerting a negative effect on the way turtles breed.

Still, It’s Unlikely that LEDs Outdoor Lighting Will Go Away

Here are some statistics about how widespread their use is, as reported in “LED Streetlights Are Giving Neighborhoods the Blues,” an article that Jeff Hecht wrote for IEEE Spectrum on September 22:

What Will Save LED Lighting?

Given their current widespread use and cost-savings, LED lights are not about to go away. If anything, they will be in greater demand in the smart cities of tomorrow. Outdoor units are already being developed that will produce a better balanced spectrum of light. To quote from the article in IEEE Spectrum:

“Adding more and redder phosphors to a white LED makes its light look warmer and more agreeable to the eye—but at the cost of reduced efficiency.”

While it will be a while until newer LED lighting units replace the older units, it seems like a change that is sure to happen.

If you’d like to learn more about the future of smart cities, don’t miss our upcoming Microgrids Convergence Conference in San Mateo, CA on October 25-26. Now in its ninth year, this Summit will explore the intersection between microgrids, smart cities and advanced transportation.