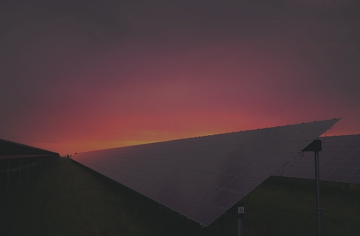 Mexico has set an ambitious goal of switching to clean energy by 2024. Sources like wind and solar are expected to make up more than one-third of the country’s electricity. And foreign companies are playing a role to help meet that goal.

Chinese-owned Jinko Solar, a company based in Shanghai, is leading this project in Mexico. Jinko is a global developer of solar energy projects, and the world’s largest producer of solar panels.

On this project, Jinko is collaborating with Spanish firms to produce solar power, even on cloudy days.

In 2013, sweeping energy reforms were passed, which laid the ground rules and regulations for the creation of a solar energy industry in Mexico, making projects of this magnitude possible.

Mexico’s intense sunshine draws solar energy investors. Their goal in the next eight years is to help Mexico generate 35 percent of its electricity from clean energy sources.

Elsewhere in Mexico, massive solar energy projects are also under development. It’s part of a global movement that aims to build a sustainable energy future.