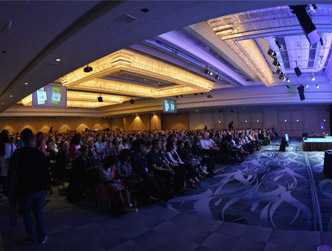 By the Infocast Food 2.0 Team

Campbell’s has announced that it will label all its products containing genetically modified organisms (GMOs), and the company has also indicated that the move will not come with a price increase. It is the first major food company to make this decision. While Campbell’s will continue to sell both GMO and non-GMO foods, it will label all U.S. products containing GMOs — a broader scope than what is covered by Vermont’s mandatory labeling law, which is due to take effect July 1. While there has been some discussion of a federal GMO-labeling plan, Campbell’s has decided to carry out its labeling regardless of what happens at the federal level.

The Grocery Manufacturers Association (GMA) and Monsanto have long been against mandatory GMO labeling, arguing that it would have a financial impact on consumers, as manufacturers would pass on the costs. And Campbell’s had also taken this approach, working with the GMA to defeat several state ballot initiatives regarding implementing GMO labeling. But as the company said in a recent statement:

“There is currently no federal regulation requiring labeling that informs consumers about the presence of GMOs in their food. In the absence of federal action, many states ­— from California to Maine — have attempted to address this issue. Campbell has opposed this state-by-state patchwork approach, and has worked with GMA to defeat several state ballot initiatives. Put simply, although we believe that consumers have the right to know what’s in their food, we also believe that a state-by-state piecemeal approach is incomplete, impractical and costly to implement for food makers. More importantly, it’s confusing to consumers.”

But clearly, consumers want the labeling, as Campbell’s acknowledges: “GMO has evolved to be a top consumer food issue reaching a critical mass of 92% of consumers in favor of putting it on the label.”

The company has indicated it will finish rolling out the new labels over the next 12 to 18 months. It will be interesting to see if other major food companies follow suit, what their timelines might be, and what impact Campbell’s new GMO labeling initiative will have on the company’s fortunes.